Team Evercrest’s family is growing bigger! And this time, we tried a more challenging mountain.

Last weekend’s hike to Pico de Loro was a success. I am so frikken proud of my officemates-slash-friends that no one, though extremely exhausted as we went straight to Ternate, Cavite after our night shift with little to no rest at all, gave up to the mountain’s arduous trails. We even finished the hike at a very reasonable time of 4 hours, a success I could say since most of them are mountaineering rookies.

THE KICKOFF
We had to leave the office a little late compared to our itinerary of 7:00am, to freshen up and also so others could properly pack their stuff. We rented three cabs to bring us to Baclaran where the activity would begin. While everyone was busy munching on their Chowking breakfast, Rowjie was wandering around the place looking for a van we could rent which could bring us to the jumpoff, Ternate. In less than 10 minutes, he returned with the good news that he found Kuya Dindo, who’s willing to drop us off at the jumpoff point for P3200.

Going to Pico de Loro can be a bit toilsome as one needs to ride and pay for a few overpriced vehicles before he or she can get to the DENR station for registration. From Manila, you need to ride a bus off to Ternate, then a jeepney or a tricycle to the jump-off.

While on our way to Cavite, the newly-opened Manila-Cavite Toll Expressway tollway entertained us. Everyone agrees that it will give you a feeling of being in a foreign land most similarly to Dubai. I just wish that the government can keep its words of helping the poor by collecting chintzy toll fees.

After buying more supplies at the Naic Market, we proceed to the DENR station to pay the P20-registration. And there began the trek.

PROJECT INFINITY ON A SEEMINGLY INFINITE TREK
It only took us less than 45 minutes to reach the “kubo” from the DENR station for yet another registration.

There were quite a number of mountaineers who were about to scale the mountain that day. We wanted to arrive first in the best spot of the campsite and so we decided to let Lenard, Chad, and Jie lead the pack while some of us were still having our lunch at the kubo.

As expected, most part of the trail was arid as there was no reported rainfall in the area for the past days. We were just a little concerned with the amount of trail water we consumed because Pico de Loro is known for not having any water source at the campsite.

At first, we were tramping the trail as one group. But then, just like any other hike, we eventually got divided during the course of the trek, constantly switching climb buddies. I say, this is the best part of mountaineering. You get to know more of your buddy. You get to ask questions and share stories.

There were a few moments of silence when all of us felt flimsy and feeble due to the sun’s heat. But the group, filled with enthusiasm and excitement to reach the top, showed no signs of quitting. The trek has long been planned and awaited for by the Team Evercrest. And so we did nothing but laugh the whole time. 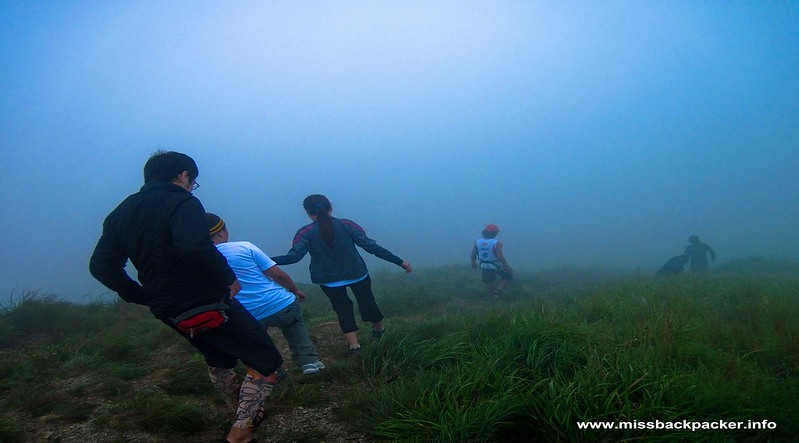