I had a blast during one of my Pico de Loro climbs. 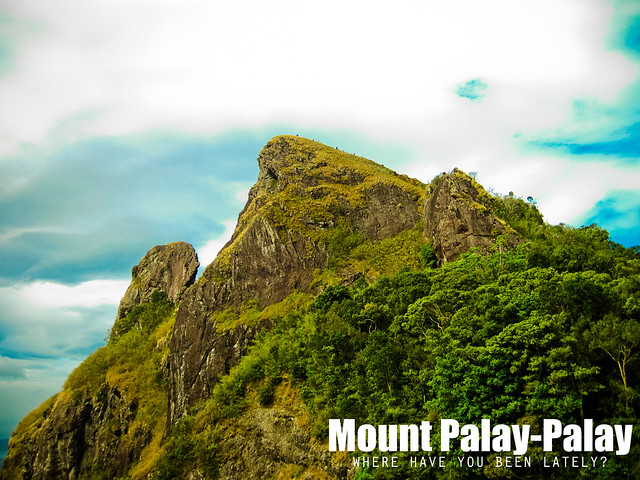 My friend Lea wanted her first-born, Raya, to celebrate her 8th birthday in the first mountain she ever scaled, that is Palay-Palay or most commonly known as Pico de Loro. The kid was excited of the thought of climbing a mountain and enjoying the splashes of its waterfalls. We all told her that waterfalls is not correct. It can only be called as such if it has no water (dried because of scorching heat) and that it must be WATERTRUE. Her mom told me that up to now, Raya still calls waterfalls watertrue.

If you haven’t been to Pico de Loro yet, let me give you an idea on how it looks like—it is a vast healthy forest with enormous trees and all sorts of insects, which include caterpillars.

Earlier I said I had a blast during this climb. By that, I meant blast as an adjective to what happened to my skin. I got stung by a caterpillar. I didn’t know the damage it did on my skin until I got home the next day. It was burning with itch and I couldn’t do anything about it. Don’t gross too much, below is a photo of my skin’s reaction to the caterpillar sting.

I was behind the mom and daughter, Lea and Raya, when we were nearing the campsite of Pico de Loro and felt something crawling on my nape. Since I was at the end of our trio, they didn’t notice the thing on my nape. Having climbed the mountain a couple of times already, it didn’t occur to me that it was a strange creature that landed on my back so I immediately grabbed it thinking it was just an ant. To my horror, it wasn’t just an ant. It was a spiky and hairy caterpillar.

I immediately threw the caterpillar like a mad man, dusted off whatever it had left on my skin. A few minutes passed, we arrived at the campsite. I hurried to Rowjie and showed him my nape. I have a skin disorder called Dermatographic urticaria or skin writing in which my skin becomes easily inflamed when stroked, scratched, rubbed, or whenever something is pressed on it whether I caused it or by someone else. Naturally, Rowjie wasn’t worried at all when he saw my nape. He said that rashes are all over my nape but it will subside after half an hour or so just like everytime I scratched my skin.

A day passed, but the rashes never subsided. I then thought of consulting Google on what to do next. I had another shock after reading some tips on what to do when you get stung by a caterpillar.

The caterpillar sting left an unpleasant mark on my nape. Though totally healed, it looks like my nape has been pricked by thousands of needles.

It’s never too late to know these things as I will never stop entering forests as I climb mountains. But please, don’t tell my mom I got stung by a catterpillar. She nags very good.