This day last year, at around 1PM and while in the middle of deep slumber, Rowjie woke me up trying to tell me something. I wasn’t sure if he too was shocked by the news he was about to tell me. Naaksidente si Marie. Patay daw yung mga kasama. Marie, Marie, Marie. My bubbly and sometimes pesky friend.

It was 2008 when I first met Marie. She was this loud, foxy, witty, and attractive New Zealand girl who you just couldn’t ignore. She’s everywhere, her cheerful high spirit was really contagious. She could lit a room with her glowing personality.

People who didn’t know her were really irked by her exuberance, but not me along with Ria and Diane. We found her very genuine and was just being true to her crazy self. It took me just a few days to like and love her. 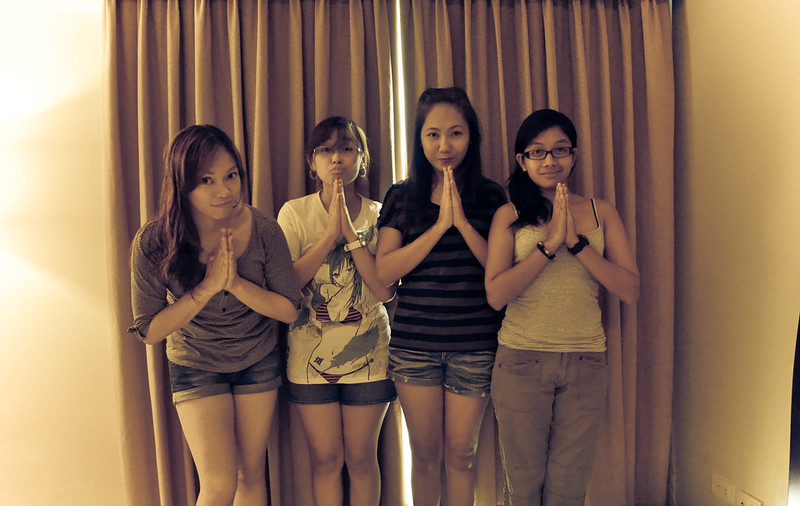 Since then, we’d been close friends. We would go out almost every weekend simply hanging out or drowning ourselves with alcohol. She taught us how to say what the fudge in a very annoying way. She influenced us with her love for socializing and partying. She’s just one text away if I needed someone to talk to during my lowest moments. She never failed to make me feel pretty. She was a friend everyone would love to have.

But she’s just like the rest of us. She needed to make end meets. Marie was a single mom and had a lovely daughter named Kate who she must send to school. Marie had to shift careers to measure up to their needs. She then landed in a marketing job for a well-known automotive company and she excelled at it. In just a short amount of time, she made her way to the top and was cited as the best employee of their company.

Ever had that feeling that something will definitely go wrong when you are at the prime of a great thing happening to you? It did, for Marie. At the height of her marketing career, she fell in love with a colleague and had her heart broken into bits.

The Intelligent Maker must have seen that the situation wasn’t doing Marie any good that He sent something to her door. An opportunity knocked, not just an opportunity but a great one.

She was by invited by a prestigious land developing company to join their team. The compensation and benefits were good. It was the perfect excuse for her to stay out of the taxing situation she was currently dealing with. She accepted the job and in no time became an international sales manager.

She excitedly brought the good news to us and said that she was flying to the United States as part of her promotion. We didn’t believe it at first because she would always tell us that she’s leaving for another country but none of it happened until that promotion. Next thing we knew, she already left for US.

It was during this time that Marie had dramatically changed, which surprised us. She joined a Christian group and became very active at it. She made new friends who were different from her normal peers. I felt like she was possessed but in a very good way. With her renewed faith, her career had never been better. She was once again at the prime of her life. She was very happy with the photos she would post on her Instagram account.

I was too shocked from what I learned that I immediately called her US number. I had high hopes that she’d pick up my call. It rang, over and over again. She never answered it. I went to her Facebook page. She always updated it. Nothing. Maybe DJ was wrong. I posted a message to her wall. No response. Then I sent her my last private Facebook message, “Please tell me you’re okay.”

After a few seconds, the red notification appeared on my Facebook indicating I have a new message. See, DJ. You’re wrong. Marie’s all well, she just replied to me. To my surprise, it wasn’t Marie but her cousin asking me to take down my post on Marie’s wall. Most members of her family including her Dad has no idea of the tragic accident Marie just met. They want to contain the news to their family first. Alright, that’s the confirmation I wanted. I wanted to cry that very moment but I was too numb that I couldn’t feel any emotions. Marie’s gone, Marie’s dead. It couldn’t be. We were just speaking to each other the day before. We were talking about love and exchanging our I miss yous.

I was still for a moment then tears streamed down on my face. Marie’s gone, Marie’s dead. I messaged Ria who’s in Singapore and Diane. They too couldn’t believe the news.

Diane and I went to her memorial on April 28, 2013. We couldn’t help ourselves but cry as if there’s no tomorrow. Marie had lots of friends that the chapel was really full of people who wanted to celebrate her life.

Her mom was the last person to speak. She is just like Marie. You can’t even tell that she is her mom. She’s just like her sister. Then she started sharing her stories of Marie. We found out that it was only Marie who was thrown out of the car because of the impact of the collision, the other three passengers had to be removed by the Miami police out of the wrecked vehicle. Her face was heavily damaged. Oh Marie. 🙁

To lighten up the heavy mood of the memorial, Tita Rose had to crack a joke that they made sure that Marie would look good before she was cremated. “If Marie only lived, she would want her make-up and dress to be perfect.” The typical Marie we all knew of.

Only few people know how exactly I felt with Marie’s passing. Maybe it’s now time to let the whole world know that I miss her and I still think of her.

I hope this message reaches you well, wherever you are.

But you know what, I still feel that you’re just around. That you’re just in the US and busy to make a living for Kate. That you’re not really dead. I know that it’s selfish but I still haven’t let go of you yet. You may be physically absent but your presence still lingers within me.

Please help me accept the fact that you’re now up in heaven partying with the angels. That it’s okay to miss you but I have to move on and put you out of my mind. That we’ll eventually meet someday and we’re gonna have the best party we never had.

Please watch over us, specially Kate. She’s a big girl now, starting to become your real prodigy. She still doesn’t know us but I am checking her Facebook page frequently.

I have so much to tell you. For now, what the fudge, Barbie! I miss you so, so much.