If you’ve already been in a tiangge, then you’ve been to Phuket Weekend Market; the only difference is that the vendors speak a different language and ask for a payment in different currency.

Known to the locals as Talad Tai Rot, Chao Fa Market, and Chao Fa Weekend Market, Phuket Weekend Market is not as big as the markets of Bangkok. Not even close to our Greenhills let alone Divisoria. It contains basically the same items though, ranging from clothes, pirated items, quirky souvenirs, touristy memorabilia, and a lot more. This is also where tourists get to shop with the locals.

The weekend market is divided into two sections, the open section and the roofed section. I didn’t see any differences in prices and even the items sold between the two sections. 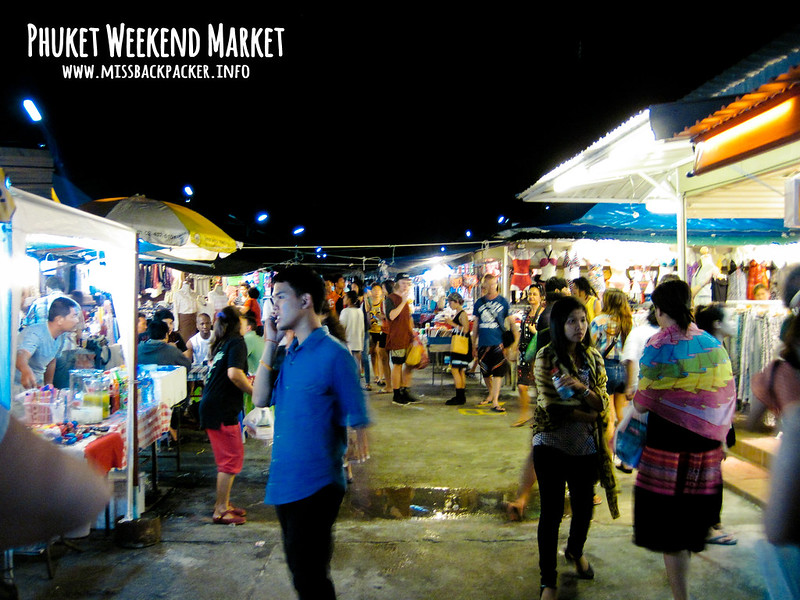 The weekend market opens from 4PM to 12AM during, of course as its name suggests, Saturday and Sunday. There aren’t much parking spaces within the market so bringing a motorcycle or just hiring a cab will be best.

Phuket Weekend Market is situated along Chao Fa West Road, one kilometer south of Central Festival shopping mall and is opposite the Buddhist temple Wat Naka. Turn left at the first set of traffic lights. Bring along a map with you to make your navigation easier.

Not interested? Well, it’s still worth visiting to at least say you’ve been there.